Tennis with a twist 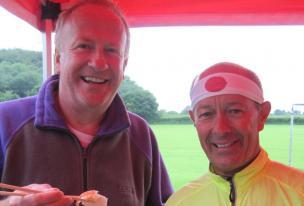 Even some heavy showers of rain couldn't detract from the enthusiasm of forty members of Buriton Tennis Club as they enjoyed two days of non-stop tennis.

Over the Wimbledon Tennis Finals weekend, whilst Andy Murray was battling against Roger Federer, the club hosted its annual Davis Cup competition.

Five teams, representing a wide range of international countries (with an associated movie theme twist), played over 650 games of tennis supported by family and friends.

Some serious sport was played in an atmosphere of fun - with flags, fancy dress and chanting encouraging all the competing countries.

Characters from Cleopatra, James Bond, Cool Runnings and Sister Act mixed it with the cleverly-named Japanese team, Umpire of the Sun, for eighteen hours of tennis.

All the credit must go to Club Coach, Paul Evans, for all the hard work in setting up the event and managing to keep things (roughly) to schedule.

Keith Morgan, captain of the winning team Egyptian team summed it all up: 'This was my first Davis Cup event since moving into the village. What a fun time! Not even Saturday's persistent rain could dampen the competitors' spirit.'

You can't say pharaoh than that! 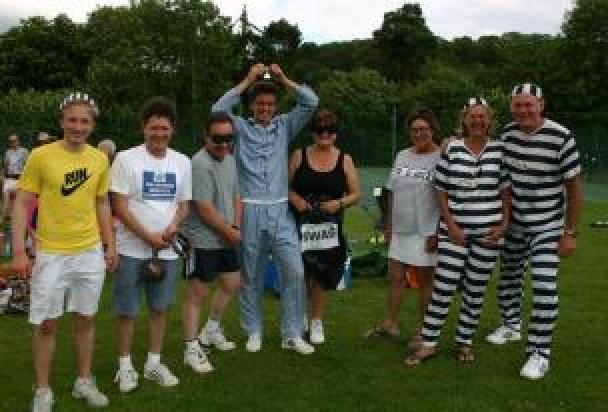 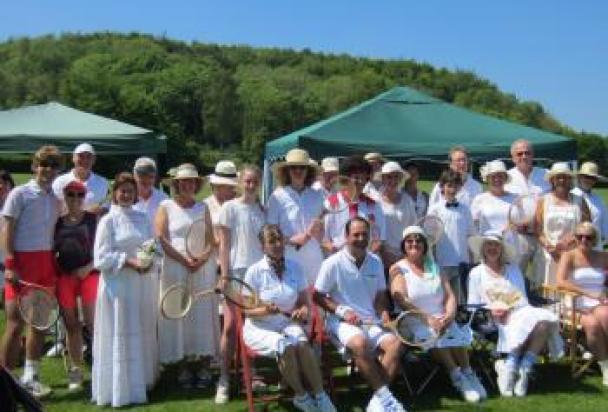 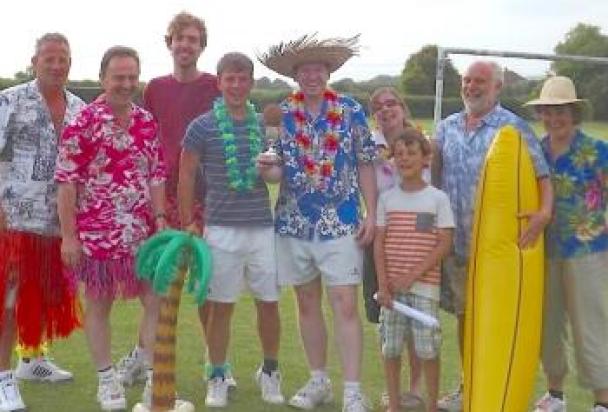 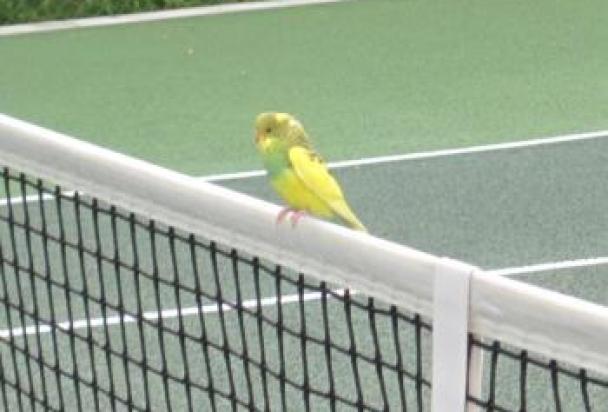