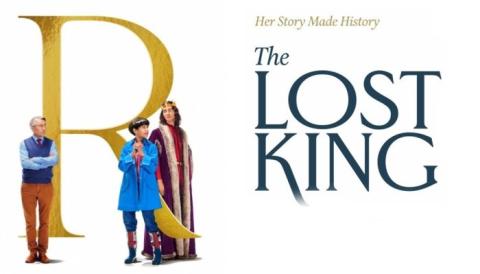 In 2012, having been lost for over 500 years, the remains of King Richard III were discovered beneath a carpark in Leicester.

The search had been orchestrated by an amateur historian, Philippa Langley (Sally Hawkins), whose unrelenting research had been met with incomprehension by her friends and family and with scepticism by experts and academics.

This is the life-affirming story of the woman who took on the country’s most eminent historians, forcing them to think again about one of the most controversial Kings in England’s history. It’s a fascinating story starring one of our great actresses.

“Hawkins breathes tremulously vulnerable life into a character who overcomes apparently insurmountable obstacles to prove to the world that she deserves to be taken seriously – the true heart of the piece. Whatever its inconsistencies, The Lost King is an underdog story that proves a perfect vehicle for Hawkins’s reliably winning screen presence”: The Guardian.

“There are some deliciously funny moments, and the performances are excellent”: The Spectator.