Fisherman’s Friends: One and All - Film Night in Buriton Village Hall 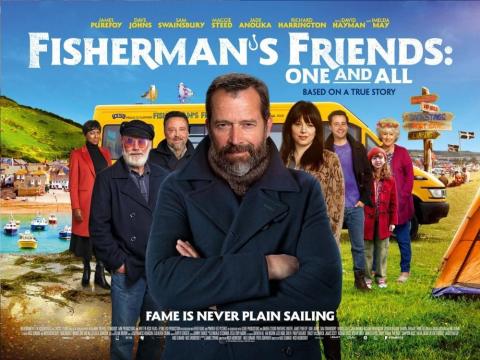 After achieving major-label success, shanty-singing group Fisherman’s Friends should be riding high. BUT ...

After achieving major-label success, shanty-singing group Fisherman’s Friends should be riding high. But leader Jim (James Purefoy) is sinking into drink and depression after the death of his father, the label is unconvinced by their second album, and new arrival in town Aubrey (Imelda May) is a sign of changing times.

Can the band clean up and make it to the Pyramid Stage at Glastonbury?