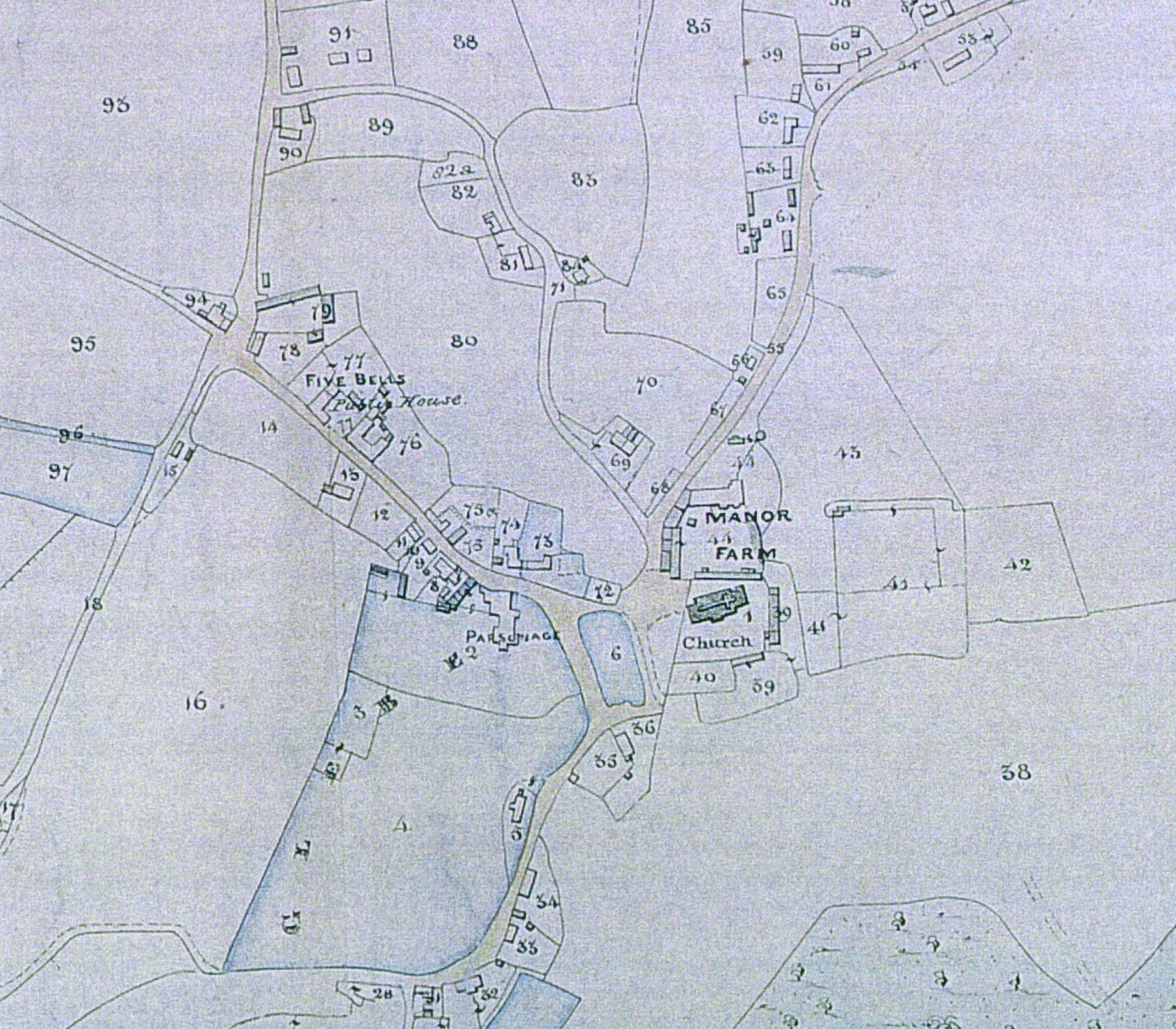 Almost exactly 70 people squeezed into the village hall on 21st March and were enthralled by Robert Mocatta’s detailed research into what Buriton was like almost 200 years ago.

Farming dominated the way of life of most families in the parish, with a tripartite structure of land-owning landlords, tenant farmers and labourers.

Robert’s research drew upon the 1840 Tithe Map and its Awards, the 1851 Census and early Directories. He was also able to overlay a series of old maps onto the current Ordnance Survey base of today.

Between 1836 and 1845 in-depth surveys were undertaken in rural parishes all across the country, producing detailed maps and accompanying schedules recording every building, field, footpath, road, wood and feature – and also the taxes (tithes) that were to be paid to the church.

The parish of Buriton was larger than most neighbouring parishes with more pasture and common, but less arable land.

The records show that there were four major landowner (each with over 1,000 acres) and six others of note. There were then ten significant tenant farmers and over 200 agricultural labourers (60% of all the men and boys in the parish). On average, one labourer was needed for every 30 acres: quite a change from today!

Each house in the village had an average of about five people living in it with an average age of only 26 - almost half the population was under 20 and less than 10% of people lived beyond 60. About half the people had been born in the parish with very few from beyond the local counties of Hampshire and Sussex.

And what was the total of all the tithes due to the village Rector from all the effort in the fields?  He received £1,092 each year: which would be over £100,000 per year today!

Robert's presentation can be viewed (and downloaded) as a pdf file, below