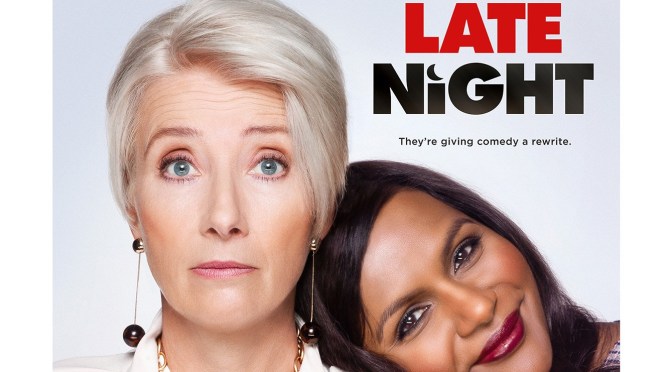 Katherine Newbury (Emma Thompson) is a British comic coasting as a longtime host of a chat show ...

Katherine Newbury (Emma Thompson) is a British comic coasting as a longtime host of a chat show. She keeps her writers’ room on a short leash - and all male. But when her ratings plummet, her material is felt to be stale and she is accused of being a “woman who hates women” a new head of the network (Amy Ryan) is itching to replace her.

Katherine puts gender equality on her to-do list and impulsively hires Molly Patel (Mindy Kaling), a chemical plant efficiency expert, as the first and only female on her writing staff.

A tour de force. A hilarious barbed adventure which allows Kaling to play up to her ‘woman of colour’ attributes that don’t conform to tired Hollywood archetypes.

Films are shown in Buriton Village Hall near Petersfield at 7.30pm (doors open at 7pm).

Glasses of wine and soft drinks are available and there is usually an interval during which ice creams can be obtained.

Tickets cost £5 each - having the exact money is very helpful.