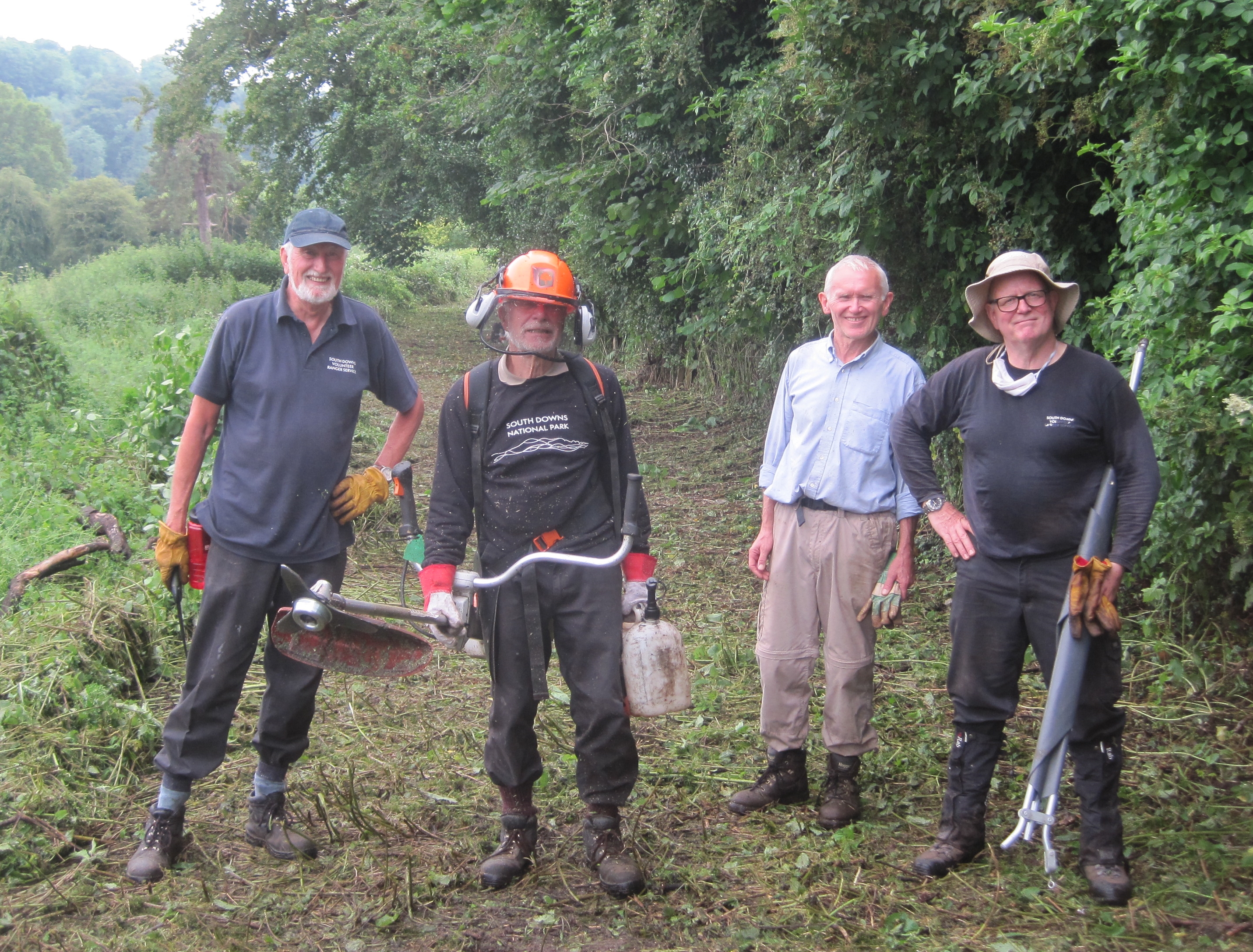 A small group of hard-working volunteers from the National Park’s Volunteer Ranger Service spent a long day cutting their way through dense brambles and scrub to reinstate the main footpath along the Links.

The footpath had become very overgrown and, over time, users had gradually created new paths further down the slopes of the valley but these were becoming slippery and potentially dangerous in bad weather.

The group of volunteers, working to help the County Council’s Access Team which is responsible for such paths, have reinstated the route along the top of the valley where it should be.

The path is part of the long distance ‘Hangers Way’ route which begins at Alton Railway Station and finishes at the Queen Elizabeth Country Park. The 21-mile route passes along a series of steep-sided wooded hills, known as Hangers.

The volunteers were not quite able to finish their work because there was so much to do – and their next tasks are in other parts of the county. But their hard work has made a huge difference.

It is now hoped that lots of use by local people and by other walkers on the Hangers Way will help to re-establish the official route by treading down any remaining vegetation.

Consultation about proposals for new houses at Greenway Lane