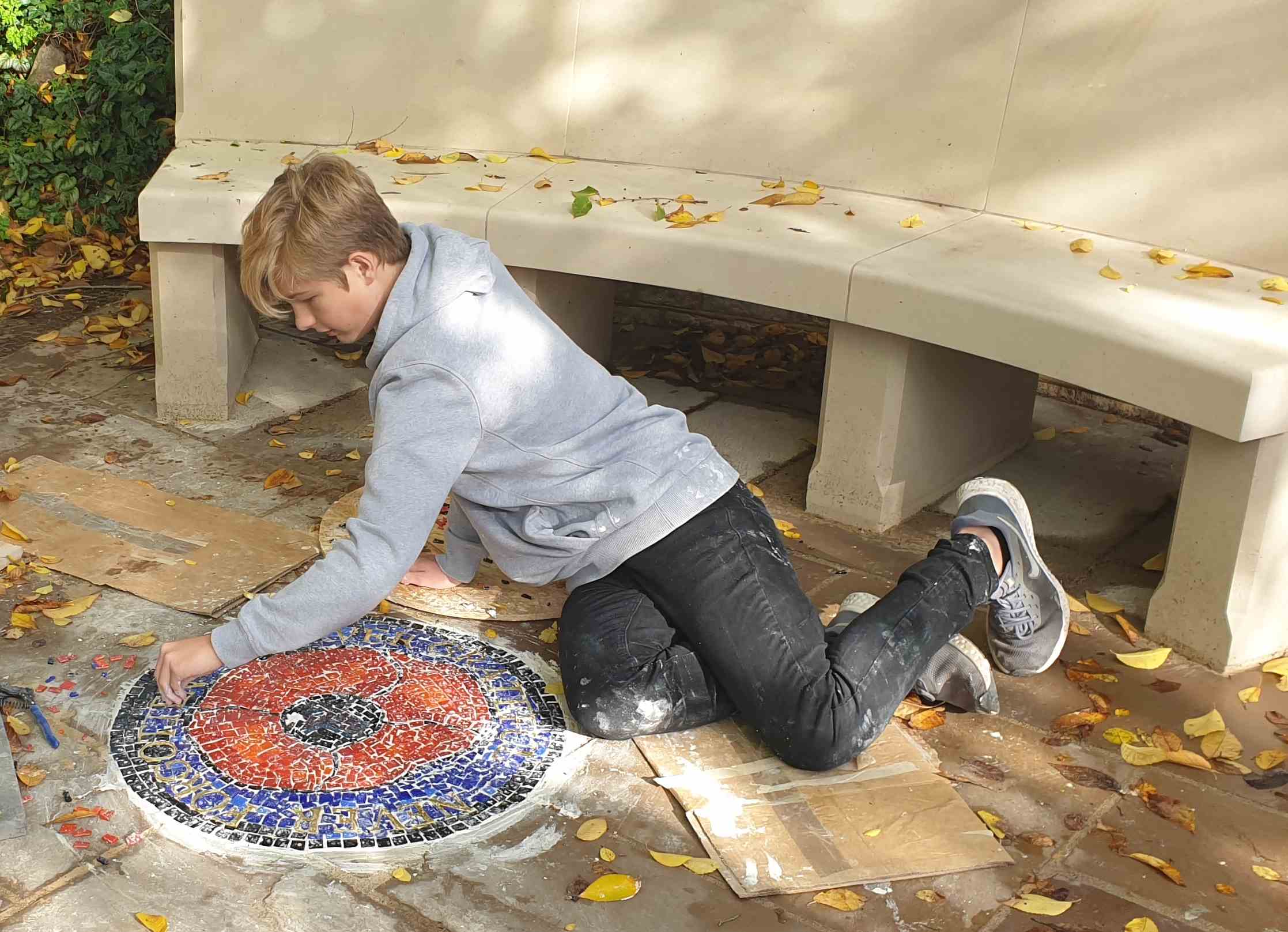 As you may have read in the Petersfield Post, the project to provide a new commemorative feature in the village came a step nearer to completion in November with the installation of a special mosaic.

The new feature also includes a curving Portland Stone bench to complement the nearby war memorial and provides a tribute to generations of parishioners who have seen the community through two world wars and other conflicts.

As Karen White, one of the coordinators, explained: “the Parish Council arranged a competition in 2016 so that people could contribute towards an appropriate design. Josh was the winner of the junior competition and it is now thrilling to see his idea installed near the new bench for future generations to admire.”

“Competition entries were displayed at a number of community events and people could vote for their preferred designs. Jonathan Jones and Andy Cheese won the adult competition and have both worked tirelessly, as part of our small team, to raise over £20,000 and coordinate the production and installation of the tribute”, she added.

“We all felt that so many people in this small community had given so much during both world wars that we should show our gratitude,” explained Jonathan. “As well as those who gave their lives, other men had the rest of their lives affected or shortened by physical injury or mental suffering – and scores of mothers, fathers and families endured hardships at home whilst trying to work on the land and fill other vital roles.”

“Buriton has always had a great community spirit,” added Andy, “and our working group has included long-established village families and those with Armed Service backgrounds, too. The Covid situation has delayed the completion of the project a bit, but we’re already receiving lots of positive reactions.”

Other members of the working group are Tony Carter, Chris & Jenny Gaylard, Maggie Johnston and Lynette Watson. As well as raising all the money for the project, the team received an inspiring message of support from the award winning writer Michael Morpurgo, author of ‘War Horse’, who was once a resident of Buriton, living close to the War Memorial.

An update from the group explains that the recent “record breaking” wet weather and the imposition of a second Covid-19 lockdown period has postponed the final activities including the grouting and polishing of the Roundel and the installation of the seat back. Work will resume as soon as conditions allow.

Consultation about proposals for new houses at Greenway Lane