Buriton soldier travelled round the world – 100 years ago 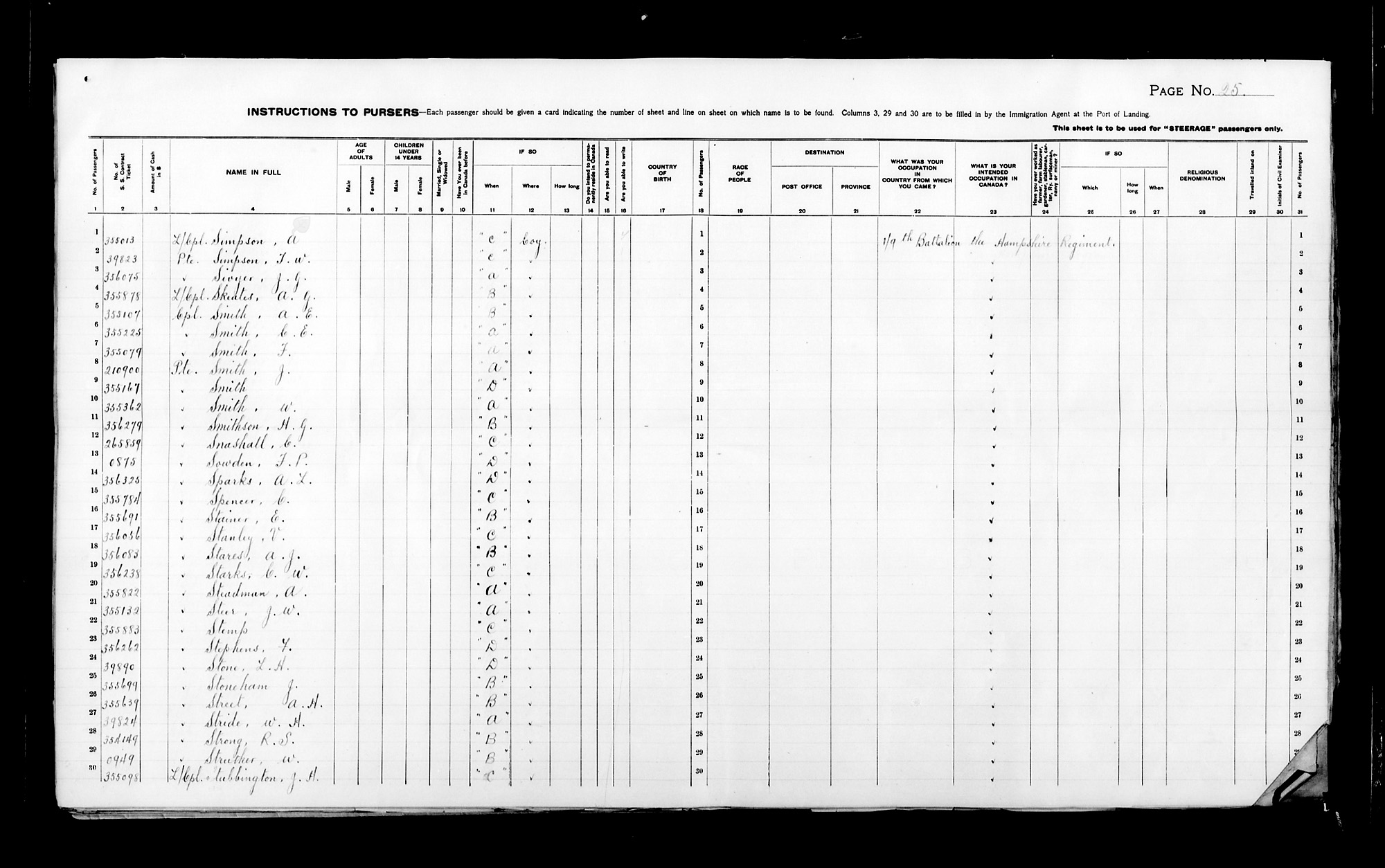 Copy of passenger list proves journey from Vladivostok to Vancouver.

When local man Fred Smith joined a Hampshire Territorial Unit in 1912 he can have had no idea where this would take him.

Fred was born in Buriton, went to the village school and started work on the Manor Farm aged 14 where he eventually became head stockman and hop manager.

By the beginning of August 1914 his Battalion, the 1/9th Cyclists, was mobilised and sent to Louth in Lincolnshire to protect the east coast against possible German invasion. Subsequent postings included patrol duties in Sussex and rigorous training before being sent to India in February 1916 to take over from regular troops there (needed for the war in Europe) in case of political unrest.

The Battalion stayed in India until October 1918 – when the war in Europe was approaching its end – but then embarked upon their final adventures which were probably among the most remarkable episodes of the war.

They were sent to Siberia to assist the anti-Bolshevik White Russians in the Russian Civil War which extended their war-time service by a further year and led some of the men to think that they were in a forgotten part of the Army.

It had always been thought that Fred Smith was part of this band of men but proof has recently been found in the papers of the Canadian Pacific Ocean Services company which show Fred amongst a long list of men from the 1/9th Battalion returning home after their year in Russia. Their ship took them from Vladivostock to Vancouver, arriving on 16th November 1919, from where they still had to travel all the way across Canada before sailing back to Southampton where they arrived on 5th December.

Many fascinating stories of Buriton men during the First World War are emerging – but this recent discovery helps to confirm one of the most-travelled men.