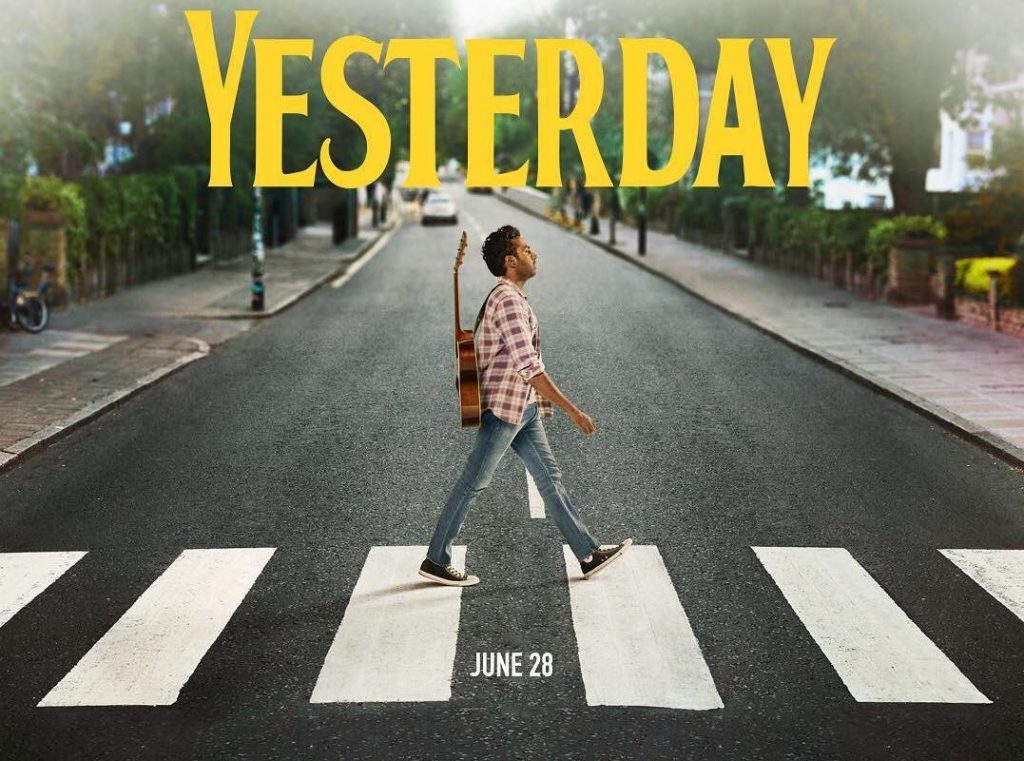 Jack Malik (Himesh Patel) is a struggling singer-songwriter in a tiny English seaside town whose dreams of fame are rapidly fading ...

Jack Malik (Himesh Patel) is a struggling singer-songwriter in a tiny English seaside town whose dreams of fame are rapidly fading, despite the fierce devotion and support of his childhood best friend, Ellie. After a freak bus accident during a mysterious global blackout, Jack wakes in a parallel dimension in which the Beatles never existed and he alone remembers their music. Painstakingly recreating the songs from memory, he passes them off as his own.

Success is almost instantaneous but he finds himself cynically packaged as a product by his slick new manager (Kate McKinnon) and he realises, belatedly, that all he really wants is artistic credibility and the love of Ellie (Lily James), the girl who believed in him back when he was average.

A pure fantasy of joyous proportions…. A crowd pleaser with lots of Beatles hits… penned by Richard Curtis with a gentle heart and light touch…. Come and get into the Christmas mood with this toe tapping hit film.

Films are shown in Buriton Village Hall near Petersfield at 7.30pm (doors open at 7pm).

Glasses of wine and soft drinks are available and there is usually an interval during which ice creams can be obtained.

Tickets cost £5 each - having the exact money is very helpful.