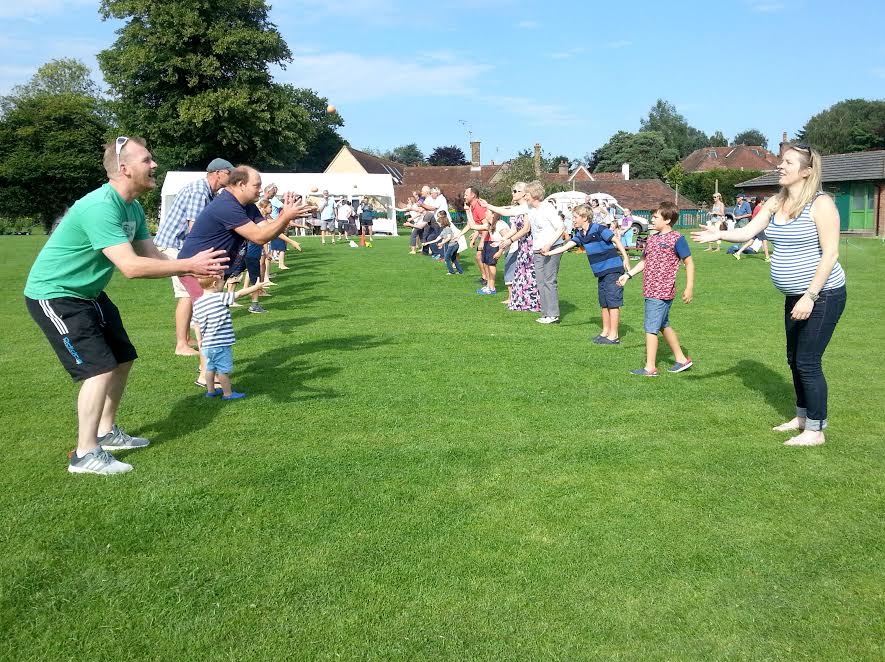 Buriton's Annual Village Show has run for decades having been first introduced by Colonel Algernon Bonham Carter in the early 1930s. As well as popular classes for vegetables, fruit and flowers there were also competitions for the best cultivated vegetable garden and the most attractive flower garden, judged a few days before the show. Sports and other activities were also embraced

Today's Village Show, organised by a hard-working Committee, tries to maintain a vibrant occasion, built around those original traditions.  In 2018 the Show incorporated a food and flower festival which, it is hoped, will become more extensive in future years.

The heart of the Village Show remains the traditional horticultural, baking and craft competitions. All the regular classes will featured again in 2019 and everyone is encouraged to submit some entries. It is a part of the fun of the day to go into the village hall on Show afternoon to see how well you have done and to see who has produced the winners. Children's entries are particularly welcomed for which there are no entry fees!

To complement the exhibits in the village hall there will, as usual, a programme of activities during the afternoon.  These will include the judging of the hottest chilli competition and a food and drink challenge event.  Once again we will end with children's races, a 'round the field' challenge race and the now traditional egg-tossing finale.

with Open Gardens on Sunday 11 AUGUST

The Show Schedule will be distributed early in June with the Parish Magazine with more details available in early August through our usual flyer.

Stars at the Village Show